Come Celebrate with
Kirk Pearson and
The Constitution Party
for an Election Day
Victory Party!

Just our way of saying Thanks for all your support. It’s touched our hearts to see so many care about America and our great Constitution.
Posted by Kirk4congress at 1:29 PM No comments:

The Power of 3rd Party

I am often asked what power will you have if elected, since you don't belong to the two major parties? I will have more power than any other politician in Congress. Because I don't belong, both parties will try to get me to side with them and will want my vote. I will stand on principles and if one party is right, I will use my vote to have them support me in other correct decisions.

I will be another vote for Ron Paul and his group who are trying to promote restoring our Constitution.

If we elect another Republican or Democrat it will be business as usual, There will be no change or notice given to that candidate. How many of us remember Jesse Ventura? He was elected Gov. of Minnesota as a 3rd party candidate and the whole nation knew of him. How many people, outside of Utah, know who our Governor is? When Kirk Pearson is elected to Congress as a Constitution Party candidate I will be on every major talk show in the country. It will also wake up the nation to know they to can vote for who they want instead of who the media tells them they have to choose from. Think about it...if we want to fix America we need to start now.
Thanks,
Kirk Pearson
Posted by Kirk4congress at 8:03 PM 2 comments:

To understand the economic crisis in America today is pretty simple if you don't let politicians tell you otherwise. I like to put things on a real basic scale. Let's pretend you and I own a company and it has a value of $200.oo. Each of us own 1 stock at $100.oo. I come to you and suggest that we each own 2 stock so we can give one to our spouses. The company did not go up in value so now we have 4 stocks worth $50.oo each. America is like a giant company. Every dollar in America is our stock and represents the value of the company. When government spends money they do not have they print more stock or money. Since the value of the company did not go up our stock, or dollar must go down in value.
Gas is not $4.00 a gallon because we aren't drilling for oil in America. Not drilling and becoming energy independent is another issue all together. Gas is $4.00 a gallon because of inflation. The oil companies have said the dollar is not worth what it use to be so we are charging more. Inflation is another hidden tax in which government steals your money.
You can not pay off debt with more debt. Our government does not have 1 trillion dollars sitting around to do this bail out. So they are borrowing it from you and me, without our consent. If I go borrow money and buy a truck. If I lose my job and I can't make my payments, I can go get another loan to pay my truck payment, in hopes of getting a new job. But soon I can't pay off the truck or the new loan so I get another loan. Pretty soon I can't get any other loan but now instead of just loosing the truck I lose everything. That is what both parties have done to this country. If you vote for a Democrat or a Republican in this election you deserve a major depression, because that is what they are giving you.
Posted by Kirk4congress at 8:35 PM 4 comments:

In 1775, we were part of the greatest country in the world, Great Britain! King George was our King. We had the greatest military in the world. We were proud to be English. However, we had a few crazy radicals back then who wanted us to break free and start our own country. They claimed that government was out of control and that we were being taxed too high. A revolution had begun. As the war began, we the American people held onto our pride. We told these crazy people like John and Samuel Adams, Patrick Henry, Thomas Jefferson, and George Washington that they could not win. We just need to fix the problem in the political party of Great Britain. King George will listen. Less than 3 to 5 % of the American people where in favor of the war, let me repeat that, less than 3 to 5 % were in favor of the war when it began. That is when Patrick Henry gave his famous speech. He said, "...The war has already begun, our young men are already in the field. If not me then who? If not now then when?" With that 3 to 5 %, God was able to work a miracle and America was born against all conceivable odds. Does God need McCain or Obama in office or Republicans or Democrats in control of congress for his work to go forward? No, he needs you and me to say I'm going to vote for those who stand for freedom and the Constitution and leave the results to God. When God has his small minority again, who value freedom more than power, He will work the miracle.
Posted by Kirk4congress at 9:09 AM 3 comments:

The power of one Vote

Don’t be fooled by those who offer us “change”. What we need is a “restoration”. I will do all within my power to restore our Constitution to its original intent

Your one vote can do more than you think, if used correctly.
Nations don’t go through the resurrection, so they have to pay for their sins in this life. The Civil War was a great cost we, as a nation, paid for the sin of slavery.
What about today? Our national debt will cause a great depression in this country, the likes of which we have never seen. Gas prices are a small sign of what is to come if we keep spending money our country does not have.
Illegal immigration is bringing back slavery. Some claim that we need “guest workers” to do jobs Americans won’t do for less money.
Don’t be fooled into thinking republicans put conservatives on the bench. Hatch and McCain , along with many Republicans appointed 7 of the 9 Justices who voted for Roe vs. Wade which has resulted in our nation killing nearly 1 million babies in America every year.
The Republicans have controlled all three branches of government for the past 6 years. Not one thing has been done to stop the atrocities, in fact, they have gotten worse.
When we continue to vote for these same politicians over and over again, are we not saying to God, “Yes, I approve of what they have done their past term in office and I give them power to do it again.” Their sins are upon our heads as well.
Every politician will tell you what a great job they are doing. But we have to look at what they have done and not what they say they have done. The power of your one vote matters when it is counted by God and not by some voting machine.
Posted by Kirk4congress at 8:56 AM 3 comments:

America is officially broke and our political leaders want us to believe that Health Care is important. They can't even afford the cost of their programs they have now. There is no way to fix the cost of government now with taxation. Secretary O'Neil was "let go" from the Bush administration because in 2003 he wanted the public to know what we, the American people, were up against. We would have to increase federal income tax by 74%, increase payroll tax 103%, cut federal purchases 115% and cut social security and medicare by 47%. Both major parties are looking for new spending plans and tax cuts. Not one, other than the Constitution Party Candidates, are talking about a plan to save America from certain financial collapse. Before our children reach college we will have no money for education, transportation, agriculture,and most of all DEFENSE. Remember the collapse of the Soviet Union? We will be worse off than that in less than 10 to 15 years. Why is it that with the Enron scandal people went to jail, but with the bail out of the mortgage companies not only was no jail time even talked about, but all of the CEO's kept their millions in pensions? They are friends of our elected officials.
Posted by Kirk4congress at 8:02 AM 2 comments:

Will I waste my Vote?

A persons vote is truly wasted when he does not use it to express his genuine beliefs. The two major parties offer a choice between driving our country over the cliff at 69 miles per hour or 70 miles per hour. If fear of voting for a third party is not overcome, there will never be hope for a restoration to those correct principles that made America the greatest country in the world.
Over 80% of all Americans are dissatisfied with the job our government is doing and yet we will re-elect over 95% of them back again. We have been given the two worst candidates in both parties this election. Mitt Romney spent millions of dollars from Utah telling us how bad McCain would be for our country, and we believed him because he was right. One week later after he dropped out of the race he told us to vote for the very person he told us would be a disaster for this country. Who changed Romney or McCain?
McCain will win the electoral vote in Utah and you can waste your vote by voting republican again - simply being a blind sheep going along with the crowd. Or, you can vote Constitution Party and send a message that you are not going to take the best bad choice any longer.
Posted by Kirk4congress at 7:35 PM 1 comment: 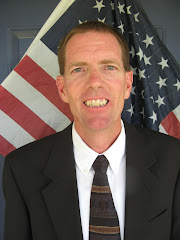